To get the consultation

Application of phytotechnology in small bioengineering systems or stocks instead of fish. 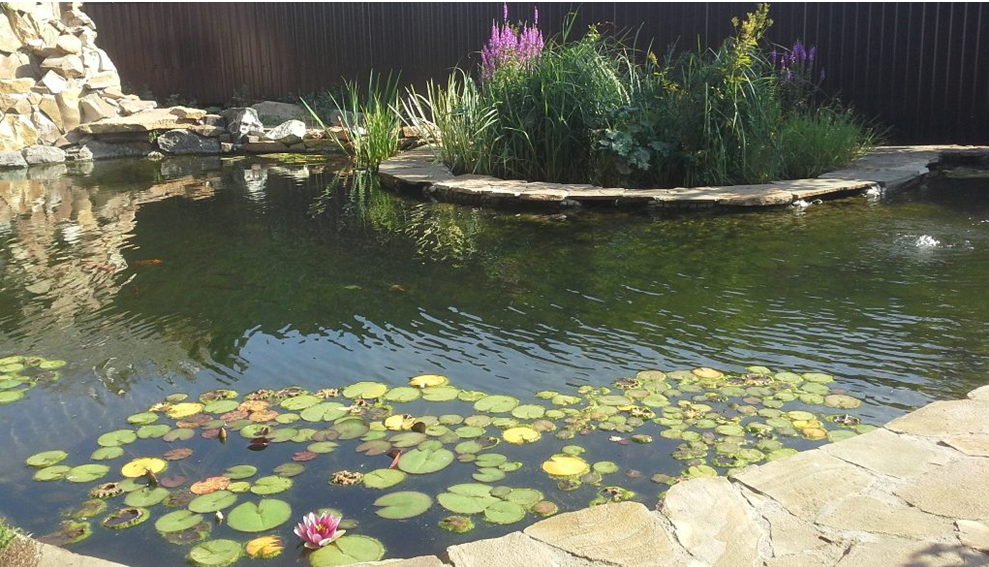 Recently, not often, but still you can see artificial decorative ponds. Such reservoirs require constant circulation of water and its purification on special filter blocks. These measures are necessary to maintain an unstable ecosystem within certain limits. Otherwise, the reservoir quickly turns into a muddy swamp with an unpleasant odor. Consider some aspects of such an ecosystem.

UV radiation, interacting with the chlorophyll of green plants, triggers the photosynthesis reaction, due to which, plants from simple mineral substances of inanimate nature – water, air (nitrogen, oxygen, carbon dioxide), nitrogen salts, phosphorus, chlorides, sulfates, iron and other trace elements, contained in the soil and water, thanks to the vital activity of bacteria, they synthesize complex organic substances that are part of and actually form their organs and tissues – sugars, amino acids, nucleotides, lipids, vitamins. These substances serve as the basis for the nutrition of fish and zooplankton.

Bacteria are the most numerous and diverse group of organisms that inhabit the reservoir. It makes no sense to list here all the varieties and types of their trophic cycles (foodstuffs-synthesized substances-excretion products and by-products of vital activity). Let us dwell on the main function for the ecological system – bacteria destroy the corpses of larger organisms inhabiting the reservoir (protozoa, worms, insects, fish, etc.) and their metabolic products, as well as dead parts of plants. Using them as food, they convert dead organic matter into simpler minerals that are soluble in water and available to plants, thus closing the ecological cycle.

Blue-green algae are bacteria rather than plants and are similar to plants only in that they use ultraviolet light for biosynthetic processes, just like plants. However, the structure of blue-green algae (single-celled prokaryotes that do not have a nucleus surrounded by a membrane) and the functions they produce (nitrogen fixation and breakdown of organic substances) are exclusively bacterial. For owners of ponds, they are “interesting” in that they can turn a pond with clean water into a green swamp in a matter of days. Reproducing themselves, they provide abundant food for other algae and phytoplankton, which also “support” them in the matter of rapid reproduction. Therefore, the owner of the pond must have effective means of combating and counteracting the spontaneous growth of blue-green algae during the autumn and spring “bloom” of the water. Preventive and preventive measures (increasing the period and intensity of operation of the filter unit and the biological treatment unit and the preventive use of algicides) should be considered the optimal tactics of behavior.

The complex “relationships” between fish, bacteria, plants, phyto and zooplankton (elements of the “pond” ecosystem) form complex trophic chains (who eats what (or who) and what remains after that). Understanding the need to maintain balance in an artificially created or “created” ecosystem is the basis for achieving the desired behavior of the pond, and hence the transparency of the water and the growth of fish. The swamp, in this light, should be considered as a special case of the stability of the pond.

Despite the multiplicity and versatility of bacteria, in a pond where fish are kept and bred in relatively larger quantities than in natural reservoirs, the ecological balance is usually disturbed. There is an excess of nitrogen-containing compounds (nitrogen of ammonium salts) and organic substances.

In addition, the relative shortage of aquatic plants inevitably leads to the fact that excess silt mineralized by bacteria, as well as the remains of humus depleted by plants, will accumulate at the bottom of the reservoir.

There are also external factors:

– dust and debris from outside;

– the remains of fish food;

– diurnal fluctuations in temperature, leading to the mixing of sludge with water.

Thus, the analysis of the described situation leads to the realization of the need for the following measures:

1. The withdrawal of accumulated sludge and floating substances from the “pond” system.

2. Purification of pond water from phosphates, nitrogen-containing and organic substances.

An increase in the proportion of higher aquatic vegetation and the arrangement of a system for removing excess silt can, to a certain extent, increase the stability of the ecosystem.

Stokes instead of fish.

It should be noted that the same problems (purification of water from phosphates, nitrogen-containing and hardly oxidizable organic substances are also in the post-treatment of domestic wastewater (if they have not been subjected to chlorination). Thus, an ornamental pond (but without fish) can be used as a post-treatment unit Moreover, such a pond will have a number of undeniable advantages over an artificial one, since the flow mode of the movement of treated effluents provides the following advantages:

1. There is no need to install pumping equipment for water circulation and filter block.

3. Year-round operation with a minimum of maintenance.

4. The ecosystem becomes open and self-regulating, while in an artificial pond the ecosystem is closed (closed on itself) and difficult to balance.

With a large distance between the WWW and the reservoir, treated wastewater is proposed to be directed to an artificial biopond, the bottom of which is equipped with a special sealed cloth. Aquatic plants are planted in the pond. Such a pond will not need a circulation and filtration system (since the system is not closed, waterlogging of the reservoir will not occur). With the volume of the pond, which ensures the stay of treated effluents for 24-48 hours, the pond will not freeze even in winter. The walls and banks of the pond are equipped with decorative stones and boulders. The pond simultaneously performs the following functions:

1. Visual control of the quality of cleaning.

2. Post-treatment function. Nitrogen and phosphorus (nitrogen-containing substances and phosphates) supplied with treated wastewater are absorbed by plants as fertilizers, and the remaining part of the hardly oxidizable organic substances is absorbed by hydrobionts and decomposed under the influence of ultraviolet (sunlight).

3. Buffer (stock of clean water) in case of violation of the cleaning regime. (The available volume of water in the pond can significantly slow down the growth of the concentration of pollutants in the water flowing out of it in the event of an accident at the MWWTP). Moreover, with a complete blackout (stopping the aeration of the main facilities), the biopond will be able to maintain the purification of clarified water leaving the MWWTP for several days. The cleaning effect will be at the level of 80% of the design. In the next 10-15 days, the cleaning effect will slowly decrease to 60%, and an unpleasant odor may appear.

5. The function of psychological differentiation of wastewater and household source. domestic water supply. 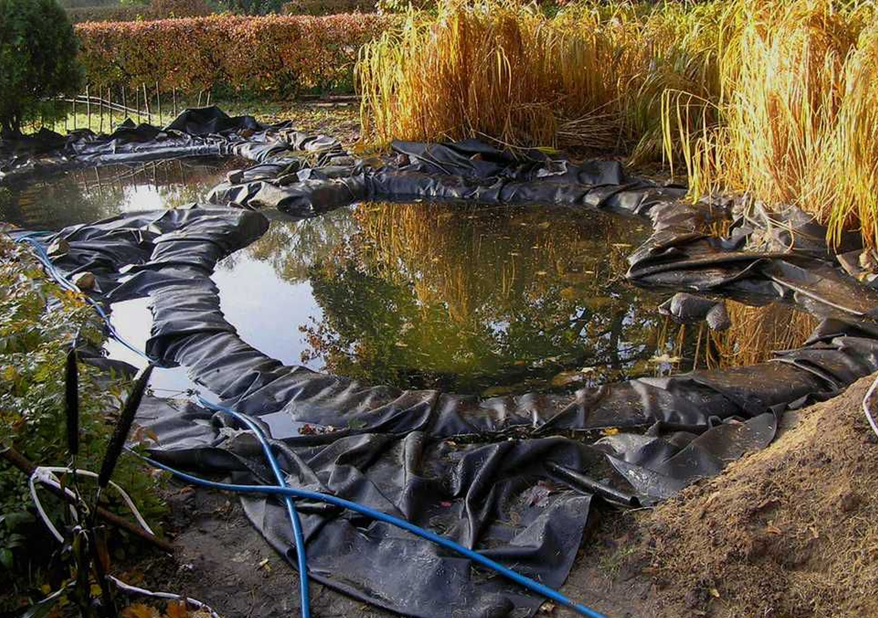 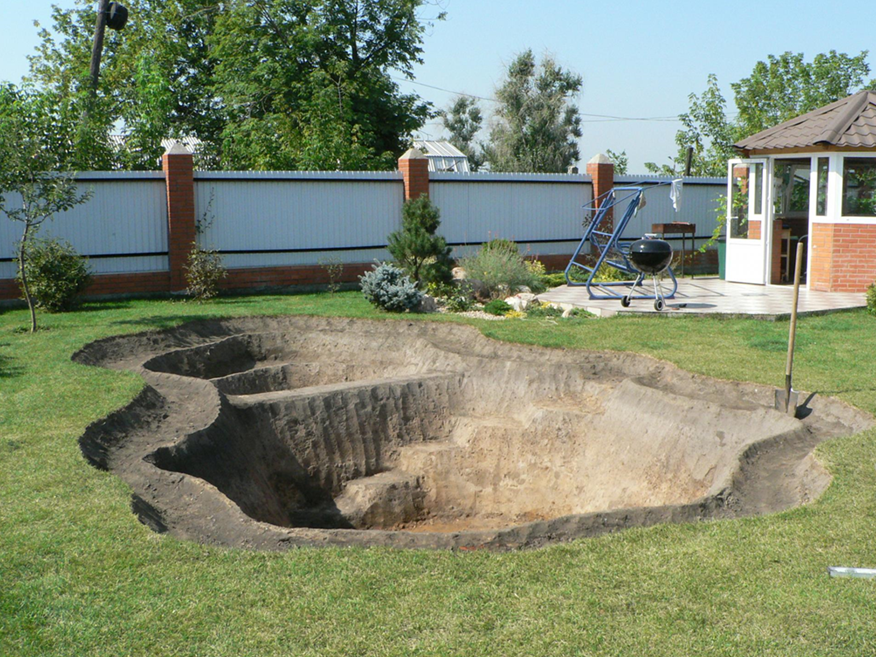 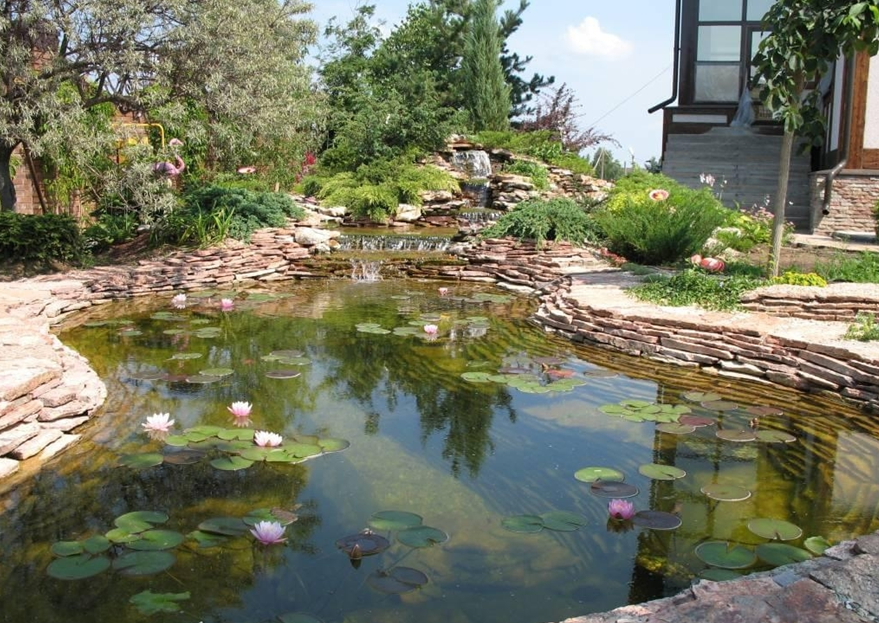 To get the consultation
Thank you!
Our managers will contact you shortly.
For information, please call back at the specified phone number, thank you!
+38(095)291-66-61